After the international break there are hot cellar duels

The 26th match day is over and the Bundesliga is saying goodbye to the international break for the time being. In this article we would like to take a look at the relegation battle that really has it in it this season. A lot of cellar duels and thrilling encounters await us, which can decide whether to stay in the Bundesliga, after the international break. On the basis of the quotas, we would like to give an overview of who the bookmakers see as possible drop-offs at this time (as of 22.03.21).

So let's start at the bottom - with the relegation battle:

We don’t really need to say much more about FC Schalke 04. The class maintenance is unrealistic not only because of the distance of now 13 points on the relegation place with 7 games still to be played, but above all because of the absolutely catastrophic playful performances. One would like to think that FC Schalke 04 should at least say goodbye to the Bundesliga with its head raised, but even that is difficult to imagine with the performances shown. There is a gossip after another. An uncertain future awaits FC Schalke 04, which could also look very bleak.
The bookmakers also realistically calculate the (non-existent) chance of the royal blues retaining their class. A quota for relegation is not offered at all and the rate on class maintenance is currently 40.0

Arminia Bielefeld is currently in 17th place with one point behind on the relegation place and 2 points behind on a non-relegation place.
The Arminia continues to do it properly for its circumstances, but still remains an outsider on the class. The games are likely to be particularly interesting after the international break, as Bielefeld will meet Mainz immediately afterwards and the matches with Hertha BSC and 1. FC Köln will take place later in the season.
The bookmakers also see Arminia Bielefeld as an outsider in the four-way battle for class preservation. The rate of relegation is 1.60, while the rate for class maintenance is 2.10.

The relegation place is currently held by the 1st FC Köln. This is currently in a negative phase, as only 2 points have been taken from the last 6 games. However, last weekend they were able to give BVB 1 point. At the very least, this builds up and gives hope. Cologne has yet to compete against direct competition from Mainz and Berlin as well as from Bielefeld.
From the point of view of the bookmakers, the people of Cologne are slightly favoured by the Bielefelder in terms of the chances of retaining the class. 1. FC Köln currently gets a 2.30 quota on the relegation and a 1.50 on the class maintenance.

On the 15th place in the table are the Mainzers,who have already been written off for the first round. However, they play a really strong return round and have fought their way out of the relegation ranks bit by bit. A really good return round could be rewarded with class maintenance in the end. In the 3 games after the international break, however, they could also squander everything, because then Arminia Bielefeld, Cologne and Hertha BSC are waiting directly one after the other. With their current constitution, however, the people of Mainz really do not need to hide. If they get the performances from the return round, they can take a huge step towards class preservation.
That’s how the bookmakers see it. The rate for the class maintenance of the Mainzers is 1.27. After all, there is a 3.10 quota for the descent.

The best starting situation at the moment probably has Hertha BSC. Hertha is currently in 14th place. On Sunday, they put an exclamation point against Leverkusen with a 3-0, although it is fair to say that Leverkusen are currently completely out of form. Nevertheless, 6 points have been taken from the last 3 games and that is ultimately what matters. Previously, however, Hertha had scored only one point from nine games.
Hertha BSC also has all the direct competitors in front of her chest. Here it will be shown in what condition the Hertha is and whether important steps can be taken towards class preservation or whether one has to tremble in the end.
What is a little surprising is the bookmakers’ assessment. These see Hertha BSC as saved, because there is currently a 1.04 quota for class maintenance and a 7.00 on the descent. Certainly Hertha has very different ambitions than playing against relegation and also a better quality squad than the competition, but it should still be remembered that one is only 2 points away from a direct relegation place. Should the games be forgiven for the direct competition, Hertha is in the middle of the mess.

As far as the relegation battle is all about, it can be said that it is particularly exciting this season. There are currently 4 teams dueling for the remaining Bundesliga places. Of particular interest is the fact that all 4 teams are still playing against each other in the remaining 7 days of play. So hot and exciting games await us and the neutral football fan can look forward to a real relegation fight. Whether the fans of the affected teams can rejoice or not, we will find out at the end of the season. 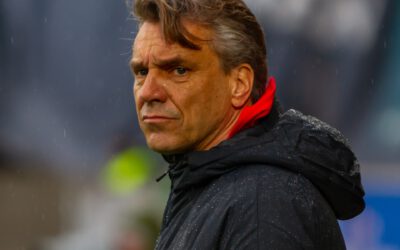