The 2nd Bundesliga is also coming to an end. This year is particularly exciting the promotion fight, which is made up of four teams among them.
In this article you can get an overview of the situation at the top of the table. Here we give you how the bookmakers assess the current situation.
Let’s take a look at the table at the beginning:

The ascension fight could hardly be more exciting. In addition, the Kielers have one game less than the competition. Realistically, the rest may not have much to report in the promotion fight. That is why we have not listed the other clubs here. However, this does not change the fact that at least 4 clubs are dueling for the direct promotion places as well as for the relegation place and a decision is not yet in sight, although every match day can now at least be decisive.
Let’s take a closer look at the teams in a quick overview:

At the moment it looks like the VfL Bochum is packing it up this year. They’re playing a great season without really having any noticeable performance swings so far. In the return round, the most important games against Fürth and Kiel were won. Although it was lost against the HSV, it must be remembered that Bochum played in the first half already in undernumbers. This defeat had no negative impact on the game of the VfL, so the team around coach Thomas Reis showed a strong reaction and won away in Düsseldorf with 0-3. In doing so, the Bochumers not only set a big exclamation mark, but also buried the last dreams of the Düsseldorfers’ ascent at the same time and finally. Afterwards Bochum won the important game against the direct competitor from Kiel.
The rest of the Bochumer sour stake looks feasible. For the most part, they play against teams from the midfield, for whom at the end of the season it will be about nothing more and teams from the table basement. That could be a decisive advantage. The next 3 games can already pave the way for the way to the House of Lords. Here it goes again against slightly stronger opponents (at least on paper). Paderborn, Hannover and Heidenheim wait in order. Paderborn and Hannover were hoping for more before the season, but the return round of these two teams is weak. There is no other way to describe it. Should Bochum continue to perform as consistently as before and do its homework, the chances of a Bundesliga promotion are definitely there.
Most betting providers currently have only one odds on who will be champions. VfL Bochum gets a odds of 2.00 for first place at Interwetten and Betano.

Will HSV be able to advance to the Bundesliga this year? Or do they end up squandering it again? It would be typical for the former Bundesliga dino. There was a severe setback on the last day of the match in Hannover, when they lost a 3-0 lead and instead of a safe 3 points, the HSV stood in the end only with a draw.
Nevertheless, there is much to be said for the HSV. Especially if you look at the rest of the program. So it is only against teams from the lower half of the table (with the exception of Karlsruhe). This means that the HSV should have the simplest residual program in front of it on paper. If they remain concentrated and bring the performance to which the HSV is actually capable, there is likely to be a lot to be said for a rise. In doing so, they should avoid playing like last time in Hannover or in Würzburg when they were 3-0 behind against the last of the table. If you want to put it positively, you were not lost against the direct competition for promotion in the return round. Against Bochum they won, against Kiel and against Fürth there was a draw. Especially in the game against Fürth the HSV should have scored 3 points due to the missed scoring chances.
On paper, the Hamburgers have the best squad and the simplest remaining program. Nevertheless, it remains scarce, because one is at least equal to Fürth. However, the HSV itself is to blame for the fact that the starting position is not even better.
The bookmakers see the HSV behind Bochum, but ahead of the rest of the competition from Kiel and Fürth. William-Hill offers a 3.25 odds on the Hamburg title in the 2nd Bundesliga.

The Fürthers are playing a good season. Probably not many would have trusted them before the season. Against the direct competition, there were mixed results in the return round. Against Bochum was lost, won against Kiel and against the HSV there was a draw.
Currently, Fürth is the second best back-round team behind St. Pauli. If the Fürthers can hold this form, it can be enough to a place in the top three. However, Fürth has the most severe residual program in front of his chest. They still play against the strongest back-round team of St. Pauli, against Karlsruhe and against Düsseldorf. All teams from the top half of the table that are certainly not easy to crack. However, the whole thing has an advantage here as well. For these teams, it won’t be about anything at the end of the season.
In addition, Due to the quarantine cases of the actual opponent from this weekend – the SV Sandhausen – Fürth has to fight an additional English week. So this weekend is game-free for the Fürthers. An English week is an additional burden, so Bochum and the HSV have an advantage not only because of the rest of the program, but also because of the stress, because these English weeks are exhausting. In addition, Fürth is considered to be the weakest team in the ascent race.
Betano offers by far the highest odds that Fürth is ranked No. This is 7.00.

Similar to Fürth, Holstein Kiel still has English weeks ahead of it. Not only because they have to play catch-up, but also because they are in the DFB-Pokal semi-finals. At the end of the day, the Kielers seemed to run out of air. From the last 5 games there were only 4 points. Far too little for a candidate for promotion. The duels against the direct competition brought only one point in the return round. In addition, the Kielers are the team, which plays the worst return round of the top 4 of the league. The rest of the program is mixed. In addition to the relegation candidates, St. Pauli is also waiting. Considering the current form and the table, Kiel should be a clear outsider here. Only a win this weekend against Regensburg can make things even more exciting. Then they would be up to one point at Fürth and both would have a catch-up game. That should also confuse the quotas.
Betano and Betsson offer the highest odds for Kiel to secure first place at the end of the season.

Overall, we have a very interesting four-way battle for promotion.
Bochum and the HSV are likely to be the preferred. Unfortunately, direct duels no longer occur, so Bochum, for example, can only forget it itself if they do not do their homework. However, the lead is not so high, so that a defeat can make the situation even tighter and thus even more exciting.
Kiel and Fürth each have a catch-up game, which can be quite a disadvantage due to the load. In addition, both have a slightly more difficult residual programme than Bochum and the HSV.
It is a bit of a pity that from a bookmaker’s point of view, there is virtually no betting on the rise of a team, but only on the title. This is rather secondary for clubs that want to advance to the Bundesliga. The bookmakers see Bochum and the HSV in the front. There are significant discrepancies in the odds between the bookmakers at Fürth and Kiel. The situation is assessed differently here. 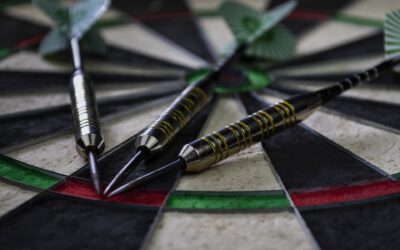 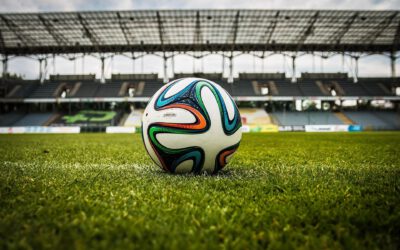